Also, we are hiring in all roles! So please email me. My email is my first name @CommunityPhone.org.

I grew up outside Milwaukee Wisconsin, where I fell in love with the internet and the people I met through it. I've kept falling. 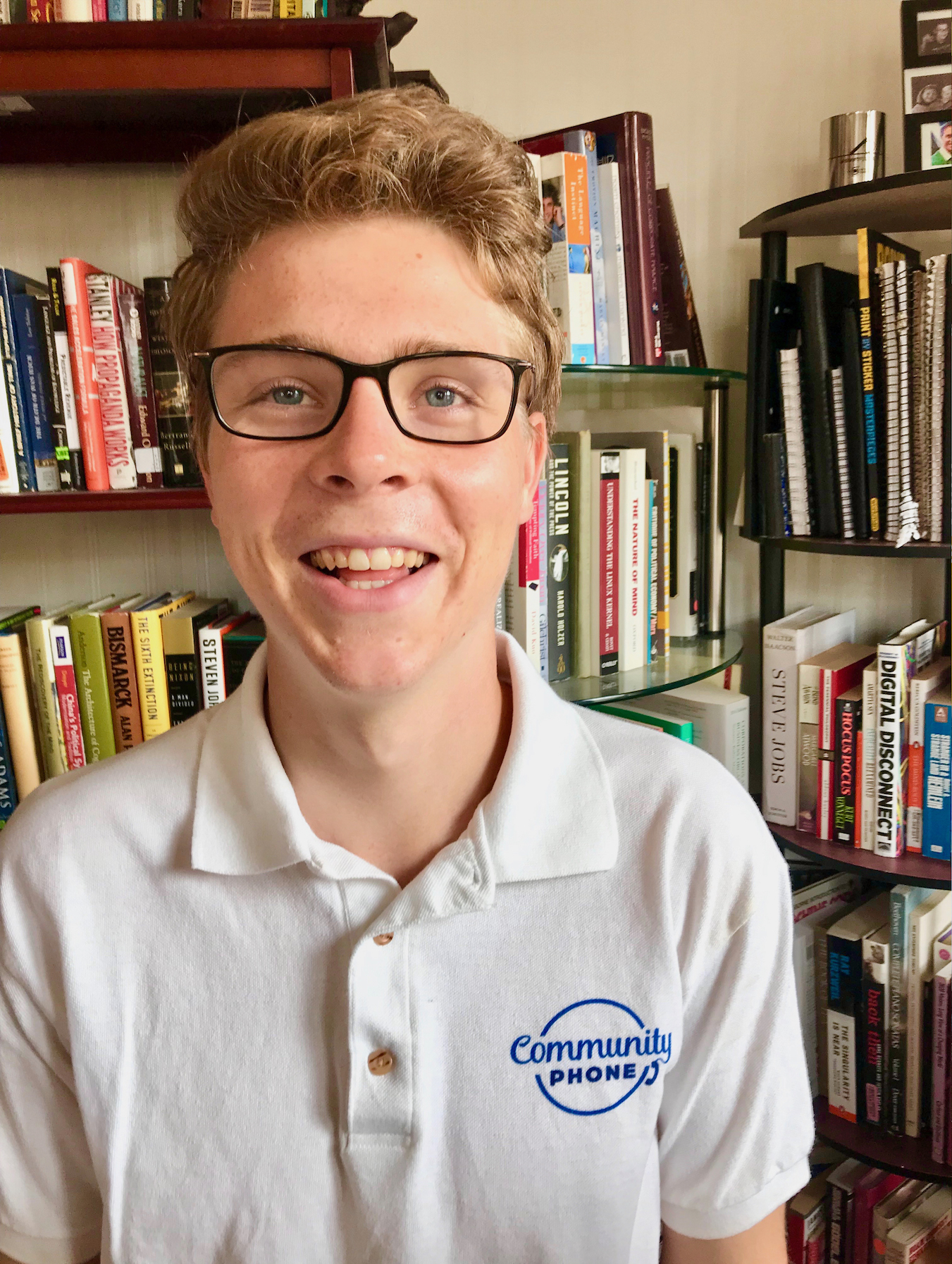 I write about business, technology, and being human

Thank you! Your submission has been received!
Oops! Something went wrong while submitting the form.

I have enjoyed many projects. The thrill of discovery is divine. So my life is dedicated to the pursuit of building what is or can become beautiful. And I've had to stay scrappy in order to survive. Can't build the beautiful stuff if you die.

When computers were tools for playing games, life was different. The game was World of Warcraft or Runescape, where I spent years - literal years of time - building methods to trade bank notes representing millions of uncooked lobsters or working with 24 other players deep into the night to defeat large enemy bosses.

Then we would make our own worlds by cloning the software and running it on our own computers and make adjustments to the rules to make it easier or harder where we saw fit. So then this became the main game. And secondary games involved projects like FibonacciMath.com, where I thought we could make millions by making the only site dedicated to the work of Fibonacci (Leonardo de Pisa) and running ads. It didn't work. Old Link.

Then we started selling T-Shirts, duct-tape wallets, a creation called "Hyper Juice" which contained enough sugar for an adult for a full week. I kept molding raspberries in my locker and charged people a minimum to see them, and if the minimum was met before end of day, they would be kept in the locker for another day. I signed up for Commission Junction and sold Bosley Hair Treatment - a solution for balding men - for a couple weeks and made $100. Money was always something that would let us start a bigger and more fun project. And in these days, sticks of RAM and money was the same: so our game servers we hosted could support more people without crashing.

And then one day in 7th grade choir class, my friend Eileen came in with what she called an iPod. But it didn't look like an iPod. It had a computer screen on it. It was the iPod Touch. She flipped the device horizontally and dragged her finger across the screen, through the art of music albums. I was caught entirely off guard. I had never seen an animation like that before: following the finger so well. I was in awe. "How real" I thought. (I learned much later that what I saw was called Skeuomorphism, a framework for design that Apple had mastered.)

And my life changed by the end of the school day. I was certain that I had seen something special hours earlier in choir and it became the most urgent that I figure out how to build something like that or at least try to understand how someone else did. All I needed was an iPod Touch. But I was not able to convince my parents to purchase this for me. So I became quite angry and decided to get the money anyway. And I had known duct-tape wallets or lemonade wouldn't produce enough cash. So I went with my Mom to Costco, bought large cases of Stride gum, sold them at school, making nearly $250 in profit in 2 weeks. The school suspended me and made me promise to stop selling to other students, but I had made enough.

So I packed all the dollar bills and quarters into a poker chip case, went to the Apple Store with my Dad (he used to live right above one), and told the woman working what I wanted. It was just a few days before Christmas so the store was packed. When the woman rang me up, and I pulled out the poker chip case and showed her all my cash, she became very curious. I told her the story about the gum and what I saw in choir a couple weeks earlier and what it meant to me. What she did next was something I would never forget.

This woman got up on a chair in the Apple store, commanded the attention of every single employee and customer, and announced to them that "James here sold gum at school so he could buy an iPod Touch so he can learn how to make an app." And everyone in the store started cheering and celebrating for me. I was shocked! I shook at least a dozen hands attached to smiling adult faces on the way out that day. It was surreal. It was a powerful moment, the universe whispering to me "trust yourself."

And that was the beginning of my life when Grown Up labels like "computer programmer" started to pull at my developing identity.

It took me at least five years to learn how to write software decently well. In my final high school, in a place called Vermont, I learned that "I have" Dyslexia and ADHD. That was relieving in a world where intelligence is your grades in school. I might not be a dumb bag of rocks after all, just an impatient one with perceptual difficulties.

Here's a condensed list of what I was able to make with so much help from all sorts of people: